We are super excited to release a big update today! Structured 3.0 will dramatically improve your planning, adapt if things don't go as planned, and help you when travelling.

This has probably been the number one request feature, and it is super powerful. You can simply press and hold a task until it pops out of the timeline, and then drag it wherever you like. A small preview will show you where the task will be once dropped. But it doesn't stop there. Drag and drop is so deeply integrated into Structured, and it works (almost) everywhere. You can take a task from the inbox and drop it into your day, move something to the next day, by dropping it on the day at the top and even create a task at a specific time by dragging the "Plus" button there. On top of all that, drag and drop also integrates with the system. You can drag stuff like emails or links into Structured, and it will automatically create a task for you. At the same time, you can also take a task and drag it out into other apps to create a link to it. There is a lot to explore with drag and drop, so go head and move stuff around. Plans sometimes change, and that's ok. 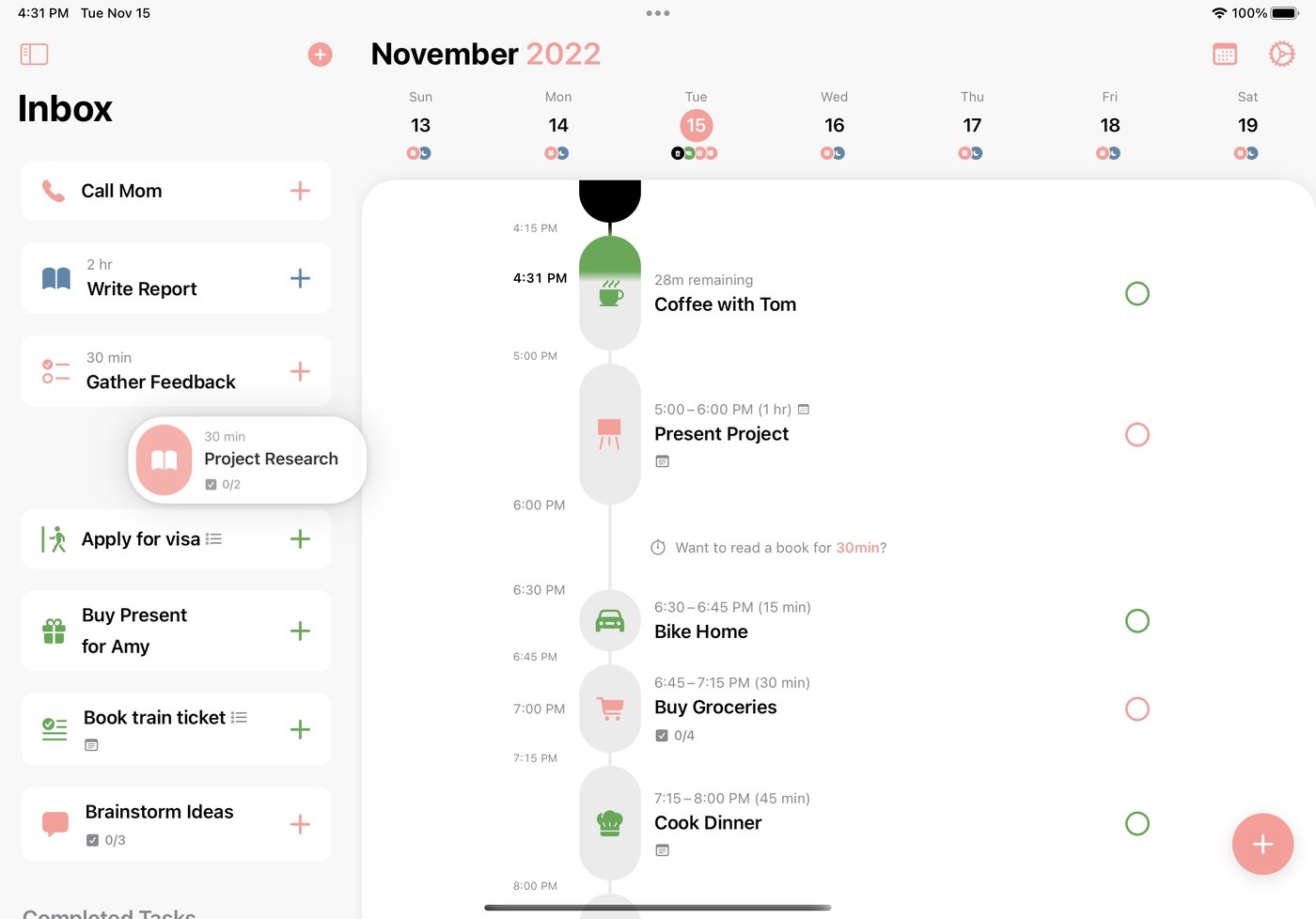 People that travel a lot or work with people from other parts of the world, know that timezones can sometimes be confusing. If you have a meeting with someone in New York at 1 PM their time, when do I need to show up in Berlin (it's 7 PM)? With Structured 3.0 this is now much easier. When creating a task, you can assign it a timezone and set the time in that timezone. It will then appear at your local time in your plan, so you'll never miss a meeting again. When travelling, you can also decide which tasks should stay at a fixed time (e.g. a meeting with someone back home) or which should adjust to your new location (e.g. lunch at 12). To get the later behavior, simply select "Floating time zone", but don't worry, it's also the default one for your tasks.

As soon as you update, you'll probably notice that the app icon on your home screen looks a bit different. Unfortunately, we had to adjust the icon, since it looked very similar to another company logo, but I'm happy we had to. The talented Matthew Skills did an outstanding job at designing the new. He even designed a few variations which you can select in the settings and the amazing Donatus Wolf took it upon himself to create one in the style of one sec, which you can unlock by enabling the integration.

There is not only a new app icon, but also 70 new icons you can use for your tasks, including specific ones for the winter season (sorry Southern Hemisphere). This bumps the number of icons to over 600, but luckily the automatic icon selection has also gotten much better, so you'll spend less time looking for the right one. Thanks to everyone, who requested new icons, and make sure to keep them coming if you are missing the perfect icon for your task.

Additionally, where are also some smaller changes like a more compact visualization of overlapping tasks and bug fixes. Unfortunately, this update will only work if you are running iOS 15 or later. Since some of the new features rely on features introduced in iOS 15, we had to decide to drop support for iOS 14.

But this all wouldn't have been possible without the help of some people. Here I'd like to specifically thank Jean-Marie for finding all the bugs, Kevin hyping up the release on Instagram (make sure to follow), Noah Silver, for editing the fantastic video, Donatus Wolf, for creating designing everything around drag and drop and Matthew Skills, for creating the new app icon.

As always, please let us know what you think and tell your friends.