I had just seen a friend write down her learning schedule for the day, and I wanted to do the same (but digitally). A quick search on the App Store didn’t reveal anything promising, so I decided to build it myself.

Less than a month later, on Dec 22, 2019, I had already committed the first code (basically uploading it) and started designing the app.

I’m a developer, not a designer, so I have to iterate a lot before I get something that looks decent (or at least a bit). This can be best seen by the many (bad) attempts it took to arrive at the first version of the timeline. Don’t you just love the gradients at the top 🤩 😂

The evolution of the timeline from first draft (left), over the 1.0, to the current version (right).

Miraculously, I did come up with a design, which was at least halfway good, and started coding. Part of why I started this app was also to try SwiftUI, a new way to build apps, which Apple had released that year. Therefore, the whole project was a big experiment, during which I also learned a lot.

Anyway, exactly 4 months and 10 days after the first idea, I finally released the initial version of Structured on the 9th of April 2020 (two years ago 🎂) to the App Store. But before that, I had to pick out an icon for the app, which gives me the opportunity to again show off my design talent (I did not design the latest icon 🙈)

The evolution of the app icon, including some (luckily) pre-release icons.

I had released one other app before Structured, which never really got any downloads. Therefore, my expectations weren’t high. I told my friends and posted it on Twitter and out of nowhere already over a thousand people downloaded it in the first month.

The very first version did not have any way to pay for the app, so I added a small tip jar a few weeks later and got my first money from my own app, ever 🤑 ($25 in April 2020). In the following months, downloads gradually increased to around 8k a month and around $100-200 of tips kept rolling it.

Meanwhile, I worked hard on adding missing features like calendar import, recurring tasks and iCloud sync to the app and in tandem with iOS 14, I released home screen widgets.

My first real “press coverage” was on German tech blogs after adding German localization in version 1.5 and during this time, Structured was also featured in the App Store for the very first time. This bumped up the downloads to over 20k in November 2020 and also brought in over $1,000 in tips. 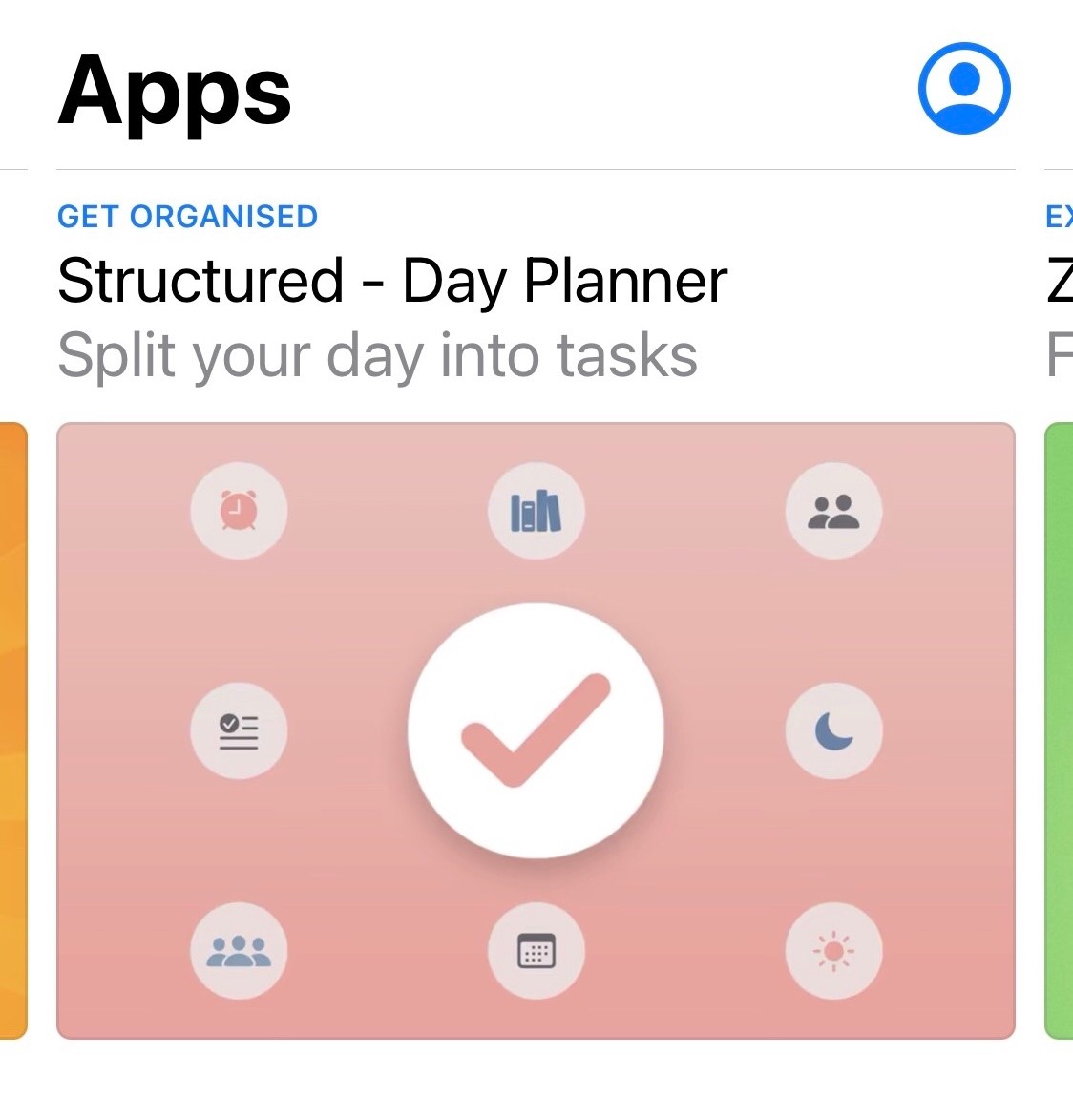 The first time being featured in the App Store 🎉

Subsequently, I decided to change the business model of the app. Getting tips is super nice (because this shows people really like the product), but to build a sustainable business these would probably not be enough. At the end of 2020, I introduced Structured Pro, which was a one-time $5 purchase and unlocked recurring tasks, calendar imports and notifications. Everyone who already owned the app was automatically upgraded to Structured Pro and people who could not afford it got a free upgrade.

This was perfect timing because at New Year, apparently many people made resolutions to get more organized. Alone in January 2021, over 35k people downloaded the app, and it generated almost 10x the revenue. Now it was clear: This app is going to work out!

After that, I started working on Structured 2.0. I had big plans, needed to make a lot of changes in the background, but since I was still working and studying, I only made very slow progress. This meant, that the first feature release of 2021 happened in October, but it was a big one. Notes, subtasks, the Inbox, Reminders integration, more recurring options and a lot of design improvements (just look at the evolution of the task editor ✨). 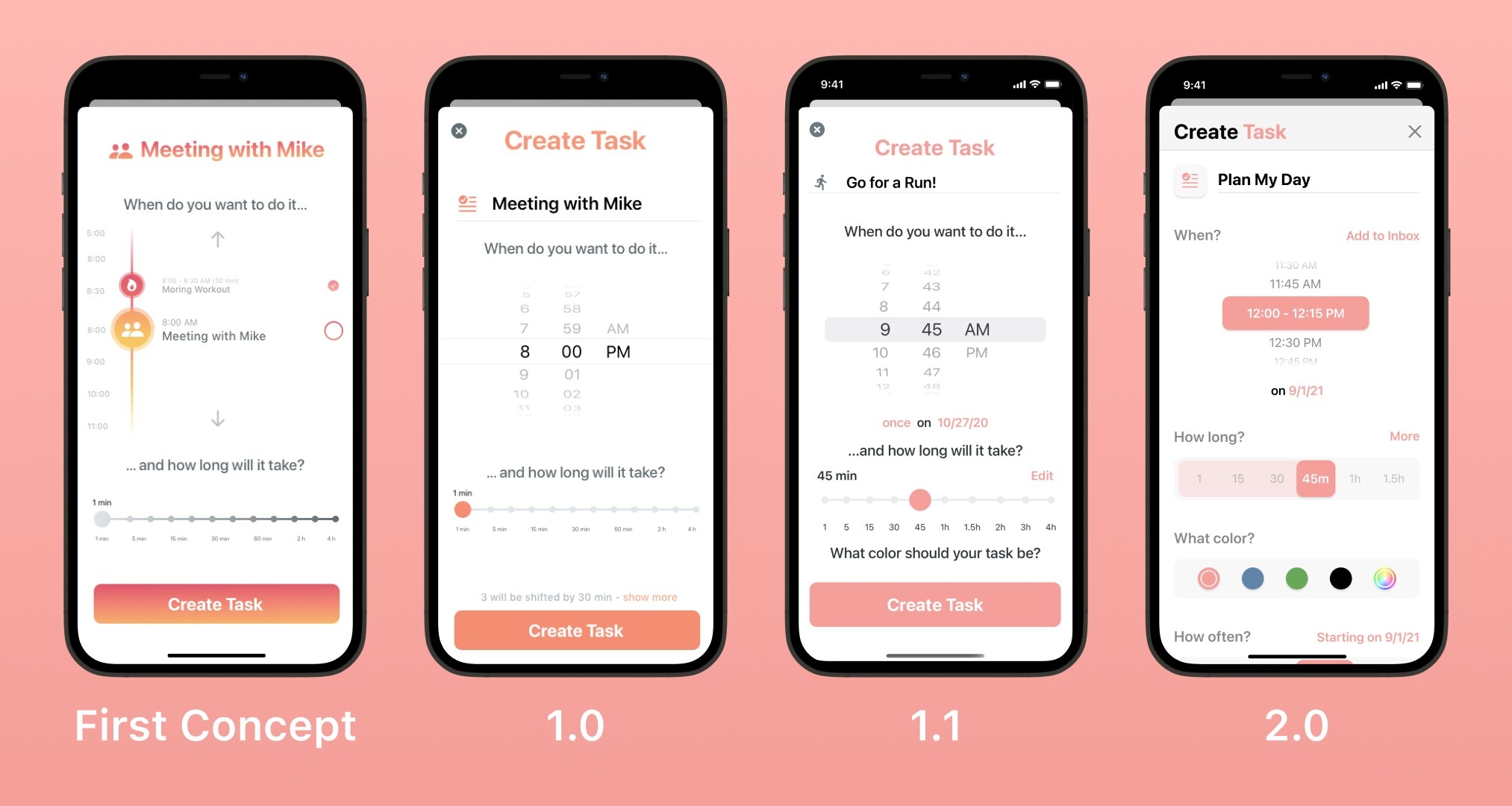 Even thought the design changed a lot, the rough layout stayed the same!

But luckily, the work paid off 😌 I got tons of positive feedback and a lot more people started using the app. The best part, this wasn’t just a “release spike”, but the trend continued, also because the app went free for a day as part of Indie App Santa.

New Year 2022 again lead to a massive increase in broken New Year’s Resolutions, aah new users and in February, I released Structured for Mac. Shortly after that, Structured was featured as App of the Day by Apple and I quit my job to concentrate mostly on Structured. 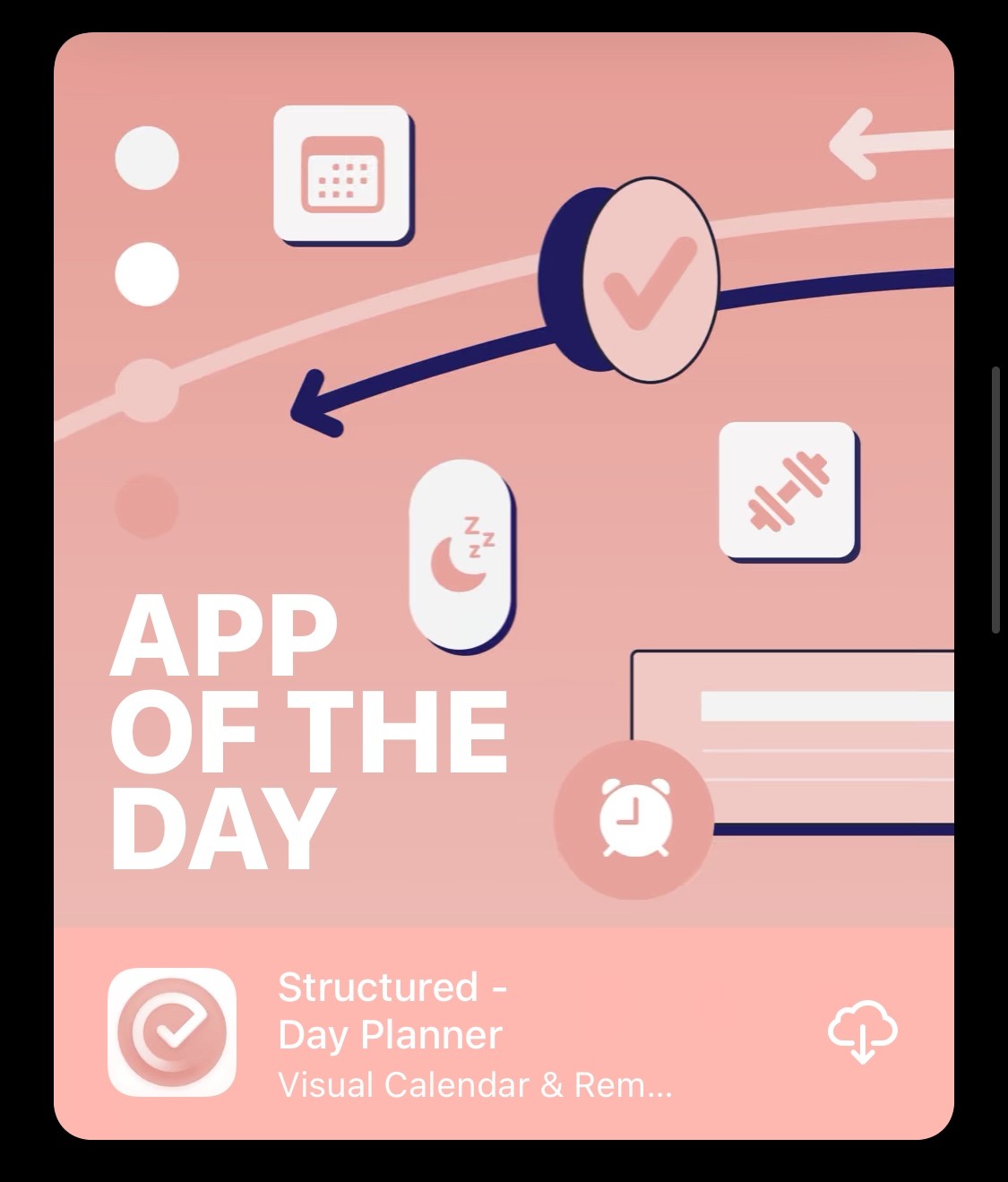 By now, Structured has been downloaded more than 1.7 Million times and around 150k tasks are created every single day 🥳 I have so much planned for the future and today’s update is only the start! 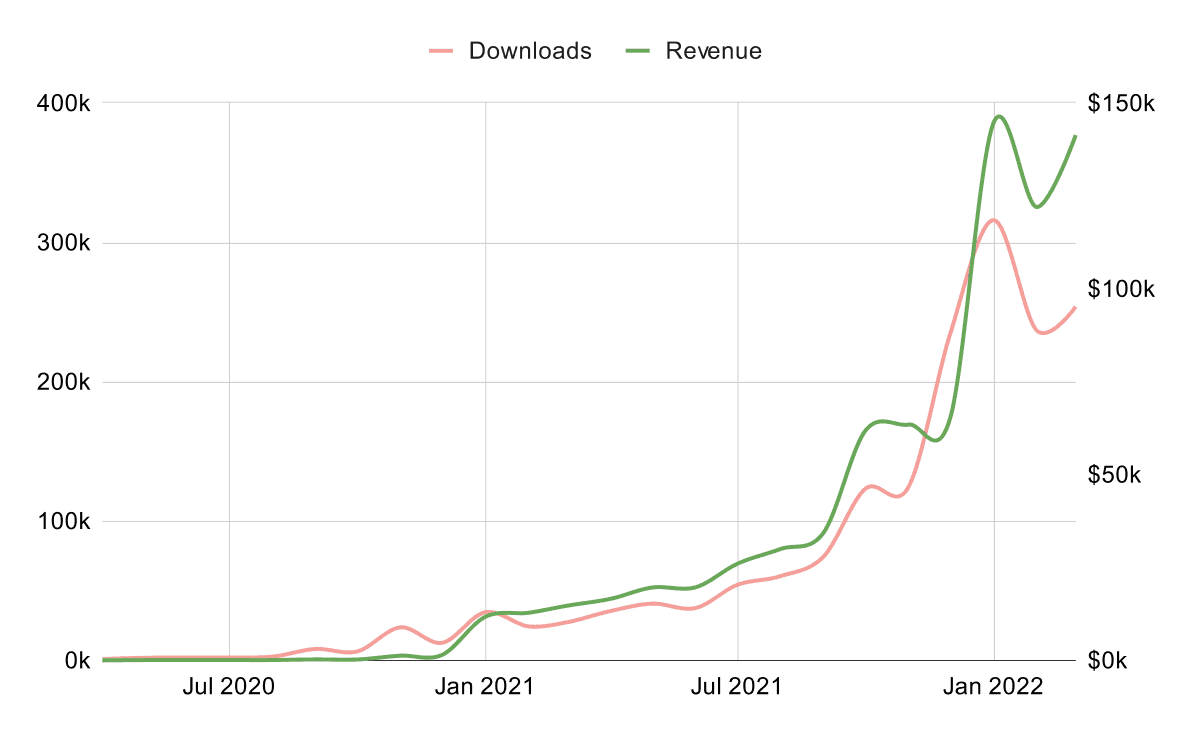 App downloads and revenue of Structured over time

Lastly, I want to thank everyone who has helped me along the way, especially Leonie who gave me the inspiration for the app and came up with the amazing name (otherwise it would have been called Today - Day Planner 🤣).